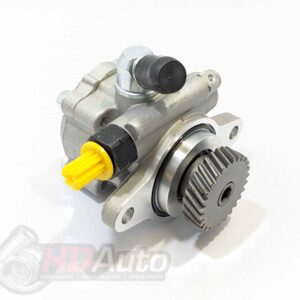 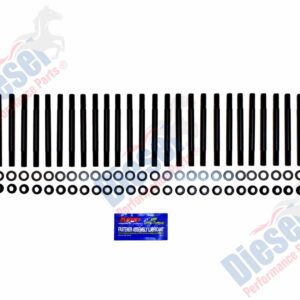 Please provided what air box your are using in the notes.

Performance Diesel Intercooler kit, suitable for the 1HD-FTE in a HDJ100 or HZJ105

Fits with all bull-bar and winch designs as the core sits back close to the condenser.

Will fit a 100 series HDj100 with no modifications to the air conditioning system. If you have a 105 and would like to fit the large core, then the hose and piping from the condenser to the compressor needs to be replaced with the recessed HDJ100 pipe, or purchase a one piece replacement from us.

The moulded end tanks with rear facing outlets have enabled a bigger core, then we pushed it back as far as possible to increase the draw through from the engine cooling fan. With the outlets being rear facing, the stainless steel pipes are connected to the intercooler with straight silicon.

During testing we have seen this maintain intake temps to 4-7degC above ambient temperature for normal around town driving.

For HZJ105 running the 1HZ engine we suggest our smaller core (645x240x65) to reduce the heat loading on the radiator. While it is not as effective as our larger core, most 1HZ aren’t pushed too hard and this core will easily cater for almost all turbo 1HZ builds. This core is designed to fit around the condenser pipe.

Air can be felt strongly pulling through the intercooler 50-80mm in front of the core, while idling on startup. To continue to have the air being pulled through while engine temps are low (and the fan hub normally free wheels) some extra fluid can be added to the viscous coupling.

The early 100 series didn’t have any power steering cooler pipes out front and most owners leave it like that. If you have or want to maintain the power steering pipe cooler this need to be routed through the opening for the passenger side headlight.

A crossover delete option is available (extra $150) for the 1HD-FTE.

All 1HZ / 1HD-T / 1HD-FT are crossover delete design as standard and has no extra fee.

The transmission coolers available to fit with our kits are the best we could find and we give the option of two versions for the 100/105 series. The standard one is the same as is used in the 80 series kits and we get reports that transmission temps have dropped after fitting our intercooler and trans cooler. As well as the trans cooler being very good we also expect the transmission can hold the gear for longer and stay in lock-up, which reduces heat being made.

From the pictures you can see we have chosen to have them in front of the intercooler. The auto cooler bracket has six options with three different positions for either of the two transmission coolers. We recommend having them in the lower position to prevent heat transfer into the intercooler but if other items such as winches are fitted it would be good idea to have the transmission cooler lifted up for better cooling.